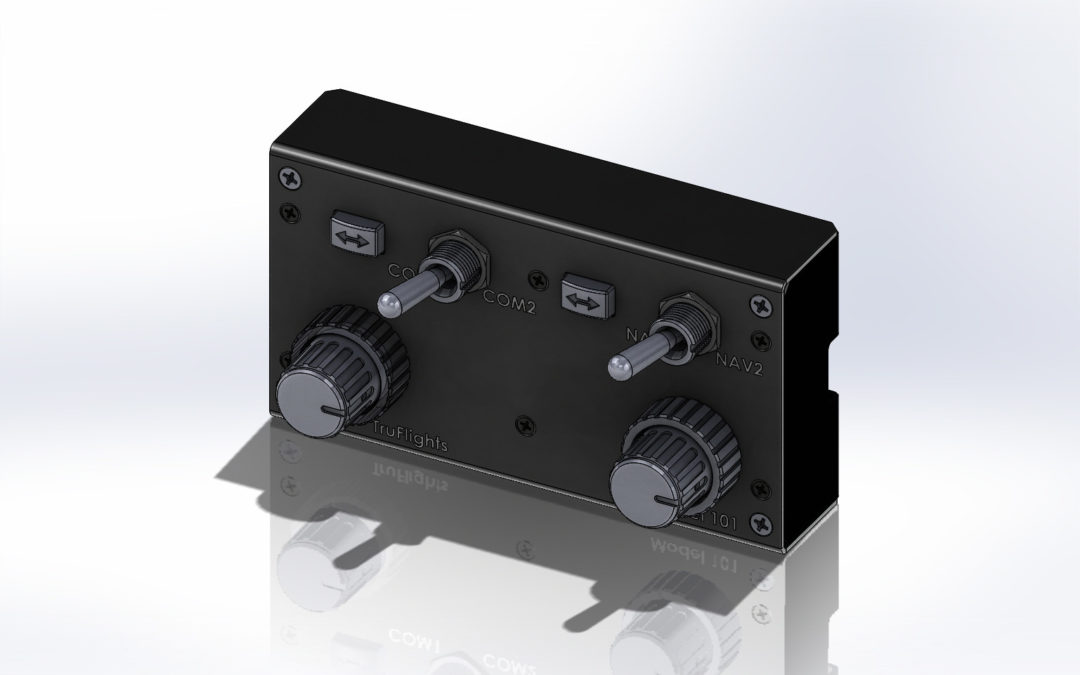 The Dual NAV/COM Model 101, Dual NAV Model 102, Dual COM  Model 103 was developed to provide both communication and navigation control in a compact box that wouldn’t clutter the desktop. They provide an inexpensive alternative to the NAV/COM radios that were presently on the market. The two issues with the existing ones were that they were large and they didn’t need the displays when they were flying with VR. Those issues are resolved now.